The Special Forces Crest with wooden V-42 comes in a variety of sizes to fit your display area.  You can add a back ground flash as well from the Yarborough/V-42 page.

​In 1890, the crossed arrows were officially prescribed as uniform insignia for the U.S. Army Indian Scouts who served in the American west from 1860 through 1939. In 1942, during World War II, a joint U.S./Canadian special operations unit was established to conduct operations behind enemy lines. Members of this First Special Service Force wore the historic crossed arrows as their branch insignia.

​In the current Special Forces crest, the intersecting dagger represents the V-42 dagger issued to each member of the FSSF. The encircling scroll which arches at the base bears the Special Forces motto, "DE OPPRESSO LIBER" which is translated from Latin as "To Free the Oppressed." 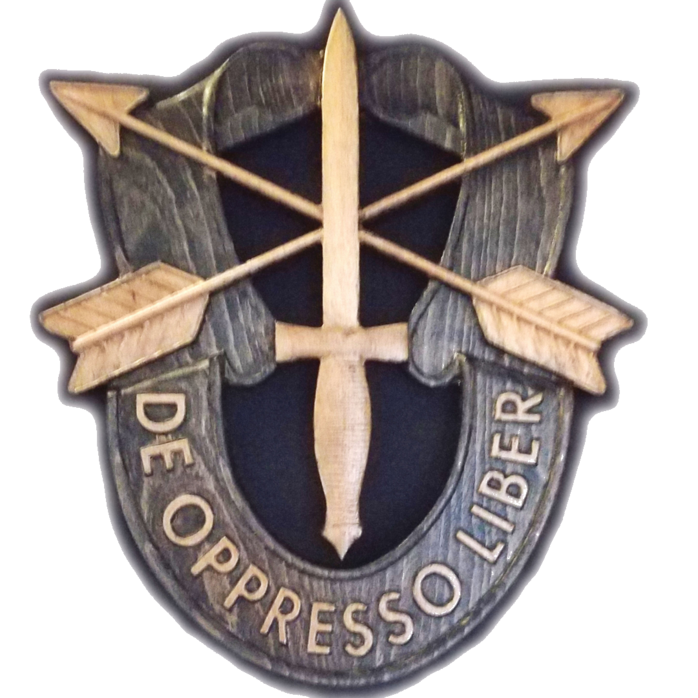